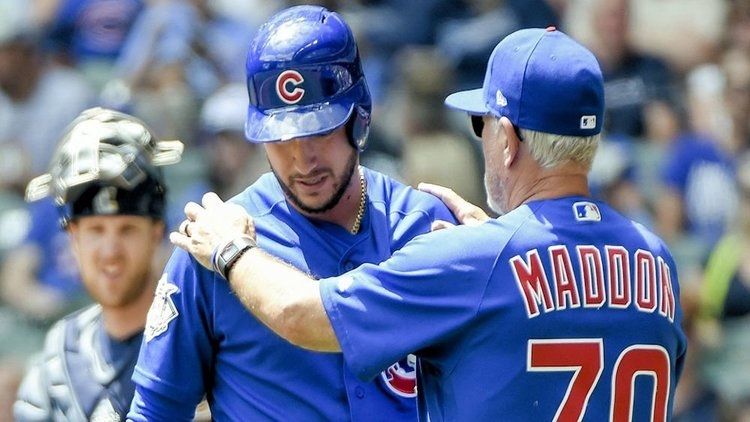 The Chicago Cubs (9-9) will go for their fifth straight win in a row as they battle the Arizona Diamondbacks (10-10) at Wrigley Field on Saturday afternoon at 1:20 p.m. CDT.

Today's game is the 103rd-year anniversary game at the ballpark, first known as Weeghman Park.

How to watch: The game will be televised on MLB.TV, ABC 7 Chicago, and Fox Sports Arizona.

Jason Heyward gets the start in center despite batting only .100 (1-for-10) against Greinke in his career.

Pitching Matchup: Yu Darvish (1-2, 6.11 ERA) will be on the mound for the Cubs against righty Zack Greinke (2-1, 5.79 ERA). Last time up, Darvish allowed only two runs while striking out eight batters flashing a 99 MPH fastball in 5 2/3 innings.

The #Dbacks look to even the series. #RattleOn

Jon Lester getting close to returning: