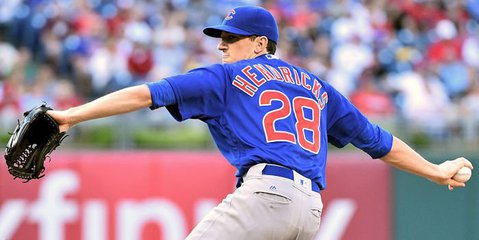 The Chicago Cubs (51-46) will take on their cross town rival Chicago White Sox at 1:20 PM CDT on Monday afternoon televised on ABC 7 Chicago and MLB Network. The Cubs have also won eight out of their last ten games this season

Cubs righty Kyle "Professor" Hendricks returns to start today's game after a hand injury involving inflammation in his right hand that has sidetracked him on the disabled list for a few weeks.

In 2017, Hendricks has a 4-3 record sporting a 4.09 ERA with 51 strikeouts. He will be opposed in today's game by righty Miguel Gonzalez.

Cubs shortstop Addison Russell gets a day off from today's action as Javy Baez will man the shortstop position.

The Cubs are currently tied for first place in the National League Central with the Milwaukee Brewers.