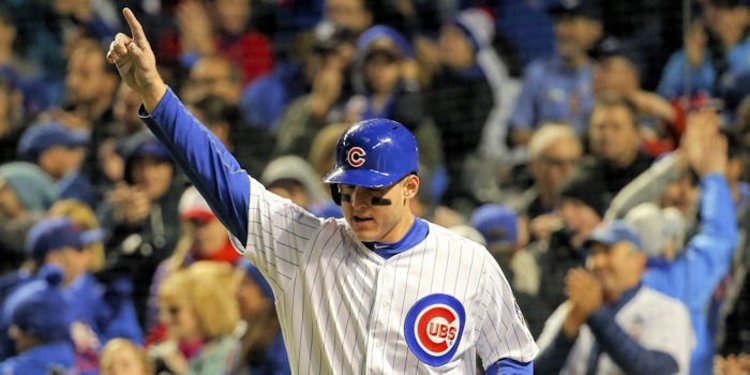 MLB.com released their latest article with their Team Power Rankings on Tuesday and had the Chicago Cubs ranked No. 1 on the list. The Cubs had a preseason ranking of No. 1 and currently have a 5-2 record on the year as they have an off-day before ring ceremony day against the Los Angeles Dodgers at Wrigley Field on Wednesday.

"This one's easy," MLB.com said. "The reigning World Series champs returned this season mostly intact (minus Grandpa Rossy and a couple of others), mostly healthy and picked by many to turn in a repeat performance. They're the class of the National League and certainly of an easily winnable NL Central."