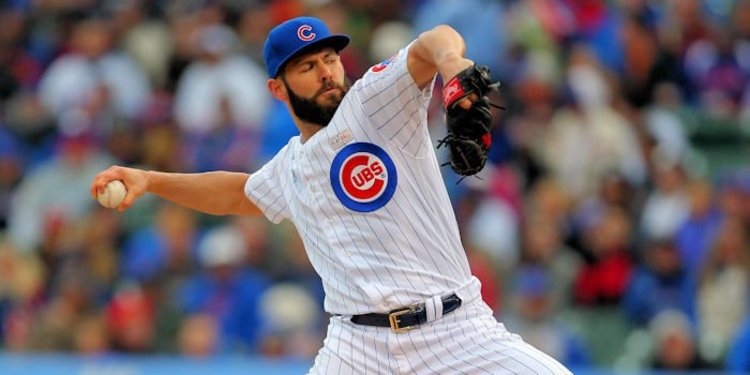 The Chicago Cubs will be bringing back one of their favorite sons.

Veteran Jake Arrieta is signing with the Cubs on a one-year guaranteed deal worth $6 million on Friday.

MLB insider Jon Heyman said that Arrieta had higher offers from other teams but wanted to get back with the Cubs.

The signing of Arrieta will be a solid addition to the backend of the Cubs rotation if he can stay healthy.

Arrieta had higher offers elsewhere but loved the idea of a reunion with the Cubs, and pursued it https://t.co/o08s3iYNQC

Per source, Cubs are nearing a one-year contract with Jake Arrieta, pending physical. @JonHeyman was on it first.

We'll see what Arrieta has in the tank but since 2018, only 5 (qualified) starters have had a ground ball rate over 50%: