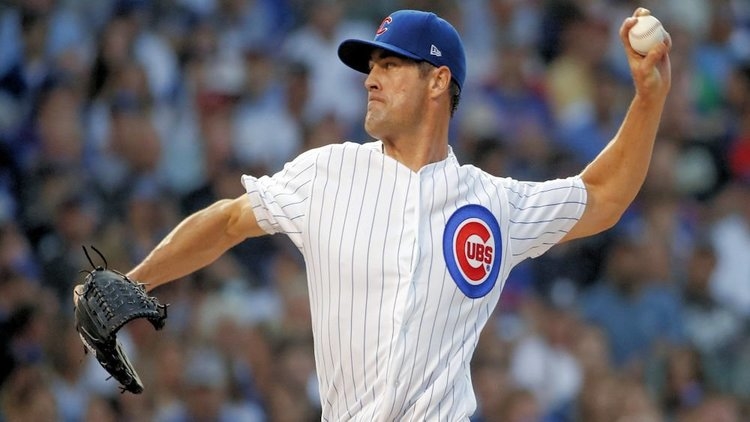 The offseason is underway and a juicy report has filtered through on Thursday night.

MLB insider Ken Rosenthal is saying that the Cubs are considering making a trade before they pick up Hamels' 20 million team option.

"Cubs might make a trade to clear salary before picking up Hamels’ $20M option," sources tell The Athletic. "At this point, a long-term deal for Hamels is unlikely. If Cubs decline option and make Hamels a free agent, Rangers will pay his $6M buyout. But goal is to keep him."

The Cubs could be shopping several guys including Tyler Chatwood, Addison Russell, Ian Happ, Kyle Schwarber, and others.

Are they trying to save some money because they want to try to stay under the luxury tax or is Bryce Harper a real possibility for the North Siders? If they end up not picking up the 20 million option, they could let him test free agency and might even find a cheaper deal in a few weeks. It's a roll of the dice, but it might end up working out for them.

MLB insider Buster Olney gives his view of the Cubs' payroll in the following tweets:

Other teams' read on the Cubs' situation this winter: They have very little payroll flexibility, and will have to spend very carefully to affect upgrades for the 2019 season. The days of having a cheap core of young players are over for the front office.