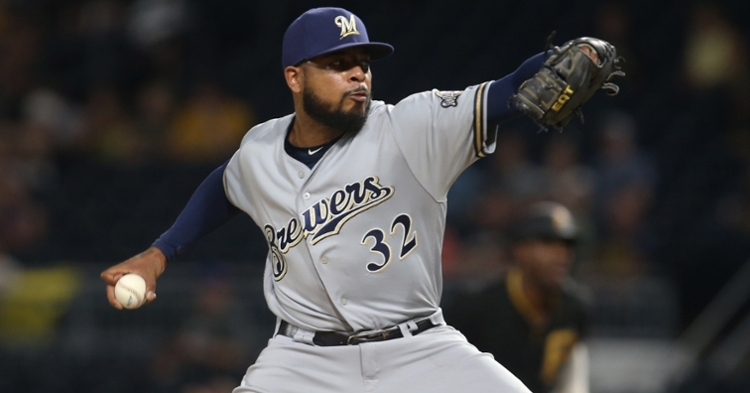 The Chicago Cubs have bolstered their bullpen with the signing of righty reliever Jeremy Jeffress to a one-year MLB deal worth $850,000 on Tuesday according to multiple reports, including ESPN.

The contract pending a physical has additional incentives that can be worth over $200,000 based upon his appearances in 2020.

The 32-year old veteran had a 5.02 ERA with a save, 46 strikeouts, and a 1.37 WHIP in 48 games last season. Most of his performance issues was him dealing with right shoulder weakness and a strained left hip throughout the season.

During his impressive big league career, he has a career 3.16 ERA with 44 saves.

If the Cubs get anything close to his former self, this is a solid low-cost signing for the bullpen.

He was drafted by the Brewers in the first round back in 2006.

Jeffress had a down year in ‘19 after a great one in ‘18. At least gives the Cubs another veteran besides Kimbrel in pen. Money in line with what Cubs have told agents all winter: Not much to spend. Story coming at https://t.co/WysEvNtIEd

Reliever Jeremy Jeffress and the Chicago Cubs are in agreement on a one-year, $850,000 major league contract, sources familiar with the deal tell ESPN. Jeffress can earn an additional $200,000 based on games pitched.

Might be splitting hairs because a deal for Steven Souza isn’t technically done so either he or Jeffress becomes the first ML signing for the Cubs this winter. Either way, both are low cost w room to rebuild career.

Welcome to Chicago, Jeremy Jeffress! The Cubs have signed Jeffress to a major league contract on a one-year deal for 850K! Good signing for the #Cubs. pic.twitter.com/koZ1xhD0Bp

While '19 was a year to forget for Jeremy Jeffress, he was often dealing with injury.

He's only one year removed from having one of the better CB in the game.