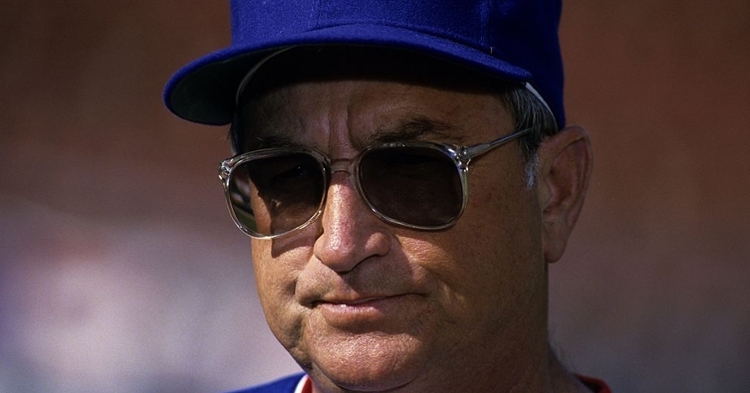 Tough news to report today as former Chicago Cubs manager Jim Frey passed away on Sunday at the age of 88.

Frey managed the Cubs from 1984-1985 and also the Royals as he compiled a 327-287 career record. He led the Royals to the World Series in 1980 in his first season as a manager and also led the Cubs to the 1984 NL East Division Championship. After the season, he was named the 1984 Manager of the Year.

He also was the Cubs general manager and was a critical figure that helped win the 1989 National League East Division Championship. He won the executive of the year during that period (1989) and then retired after the 1992 season.

CubsHQ would like to give our heartfelt condolences to his friends and family, including his wife Joan and his four children.

Jim Frey leading the Cubs out of the clubhouse and back into the field to honor the fans after the last home game of 1984 was one of the best moments in Wrigley Field history. RIP. pic.twitter.com/CO7EeObUx0

Hall of Famer Joe Torre remembers former @Royals and @Cubs manager Jim Frey, who passed away at the age of 88: pic.twitter.com/aZ7sxAOIZp

The Somerset Patriots mourn the loss of team Vice Chairman and @mlb great Jim Frey. Frey was a manager for the @royals and manager and GM for the @cubs. We send our love to the Frey family. He will be greatly missed.