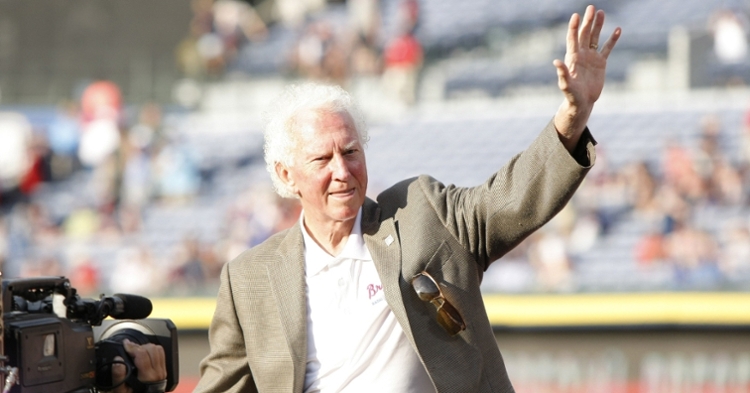 “Today we lost a great ballplayer, a great broadcaster and, most importantly a great person,” said Dodger President Stan Kasten. “Don left an indelible mark on the Dodger franchise during his 16 seasons in Los Angeles and many of his records continue to stand to this day. I was privileged to have worked with Don in both Atlanta and Washington, and will always cherish our time spent together. On behalf of the Dodger organization, we send our condolences to the entire Sutton Family, including Don’s wife Mary, his son Daron and his daughters Staci and Jacquie.”

Sutton, who hailed from Clio, AL, was a pitching workhorse in the Major Leagues in a career that spanned 23 years, 16 of which with the Los Angeles Dodgers. Sutton was enshrined into Baseball’s Hall of Fame in 1998 and the Dodgers retired his number “20” in a ceremony on Aug. 14, 1998.

Following his illustrious pitching career, Sutton started his broadcasting career in 1987 working the League Championship Series for NBC before splitting his time in 1989 between the Dodgers Z Channel and the Atlanta Braves. He then spent 18 years with the Braves calling the action on TBS. Sutton spent two years with the Washington Nationals in 2007-08 and returned to the Braves in 2009, where he has been ever since. Sutton was elected to the Braves Hall of Fame in 2015 for his broadcast work.

Sutton made it to the big leagues in Los Angeles on April 14, 1966 at the age of 21, and this was the start of a great and long career for the right-handed hurler. He signed with the Dodgers in 1965 and pitched one year in the Texas League, where he was named Texas League Player of the Year. In 1966, he joined a rotation of Sandy Koufax, Don Drysdale and Claude Osteen. He struck out 209 batters in his rookie season, the most by a National League Rookie since Grover Cleveland Alexander’s 227 in 1911.

Sutton is survived by his wife, Mary, son Daron and his daughters Staci and Jacquie.

Sorry to hear about the great Don Sutton. Always a wonderful conversation and usually a spot on wine recommendation. Will miss seeing him in Atl.

Been a rough couple weeks for Braves Country. Don Sutton was one of my favorite people. Always had a smile, kind word and a story that captivated you. Always asked how my parents were doing. Always positive! Gonna miss u my friend. Tell Knucksie we all said hello. Love ya buddy!

Super Sky Point to Don Sutton. Here’s every pitcher in MLB history who ranks in the Top 15 all-time in wins, strikeouts, and shutouts:

Yeah, he was that goddamn good. Fine announcer as well. #RIP pic.twitter.com/zKw1axXoRA

Really sad to hear about Don Sutton. His knowledge and advice as a pitcher and fellow broadcaster were always Spot On and appreciated. Had 324 Wins and a 3.26 ERA but the 756 starts without EVER missing a turn in the rotation is what mesmerized me... #RIPFriend pic.twitter.com/DT96gfGnH3

Hall of Famer Don Sutton was a 4-time All-Star and is the Dodgers all-time leader in games started, wins, shutouts and strikeouts. pic.twitter.com/HwMzJRxayg

The Los Angeles Dodgers mourn the passing of Hall of Famer and Dodger all-time great Don Sutton. Our thoughts are with his family and friends at this difficult time. pic.twitter.com/RArUeoiBB1

Don Sutton achieved many things in his professional career

- only pitcher in MLB history to throw 200 IP in 20 different seasons.

- one of three pitchers in MLB history to make 750 or more starts pic.twitter.com/x3r1ZkCly9