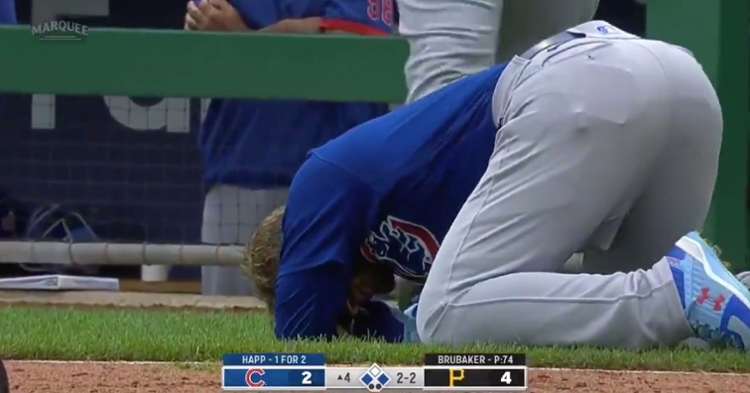 Ian Happ remained on the ground in pain for several moments after a foul ball bounced up and hit his face.

PITTSBURGH — Chicago Cubs center fielder and leadoff man Ian Happ is the Cubs' hottest hitter right now, but he was forced to leave Thursday's game with an unfortunate injury. Happ departed the Cubs' matchup with the Pittsburgh Pirates after a foul ball bounced up and hit him near the eye socket.

In the top of the fourth at PNC Park, Happ fouled off a ball that bounced in the dirt and headed directly for his face. Happ went down to the ground in pain and eventually left the field, grimacing in pain and dabbing his eye socket with a towel. Cameron Maybin replaced Happ in the lineup and finished his at-bat by grounding out to end the inning.

Update: Thankfully, the prognosis for Happ is good, as X-rays came back negative. The hot-hitting leadoff man has a contusion above his right eye and nothing more.