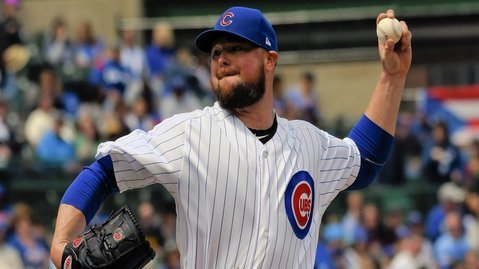 CHICAGO — The Chicago Cubs recently announced that starting pitcher Jon Lester is their 2019 nominee for the Roberto Clemente Award, which is annually awarded to a big-league player who "best exemplifies the game of baseball, sportsmanship, community involvement and the individual's contribution to his team." The renowned prize is voted on by fans and media members and awarded to one of the 30 nominees from each MLB team.

In addition to being a workhorse on the mound for the Cubs, the 35-year-old Lester is a great teammate and selfless humanitarian. Lester's NVRQT campaign is a charitable endeavor that is partnered with the Pediatric Cancer Research Foundation. Lester is a cancer survivor himself, and he has admirably supported the fight against childhood cancer via his charity. The winner of the coveted award will be announced in late October.