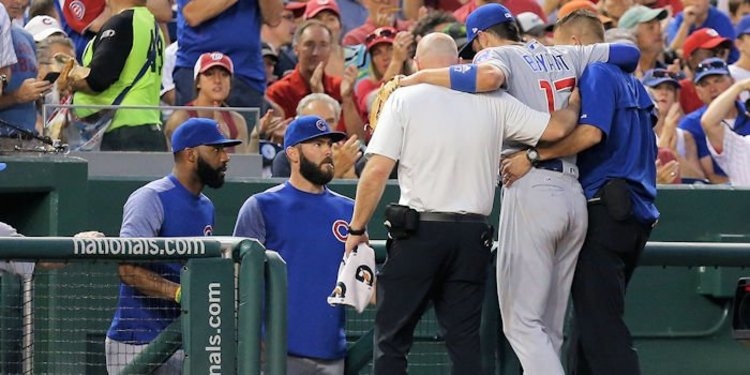 Chicago Cubs third baseman Kris Bryant suffered an ankle injury after stepping on the third base bag awkwardly in the fifth inning against the Washington Nationals.

Bryant had to be helped off the field by manager Joe Maddon with a trainer and Bryant could not put any weight on his right ankle as they ushered him into the locker room.

Cubs officials said that Bryant left tonight's game due to an apparent right ankle injury and we will update you as soon as we have more information. Hpefully, Bryant's injury is not a high-ankle injury which could take more than six weeks to fully recover.

Check out the video of Bryant's injury below.