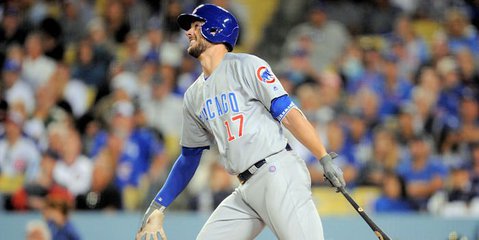 Major League Baseball announced their starters on Sunday night for the 2017 All-Star game in Miami, Florida and no Chicago Cubs will be starting for the National League. Last season during the Cubs impressive first half, the Cubs had the four infield members and five total voted in the 2016 All-Star game.

Reigning National League MVP Kris Bryant is not currently in the 2017 All-Star game but was included in the Final Vote which is the fan vote to pick the last person in the All-Star game.

To vote for Kris Bryant use hashtag #VoteKB on Twitter.

Also, Cubs manager Joe Maddon will be managing the All-Star game for the second time in his career.