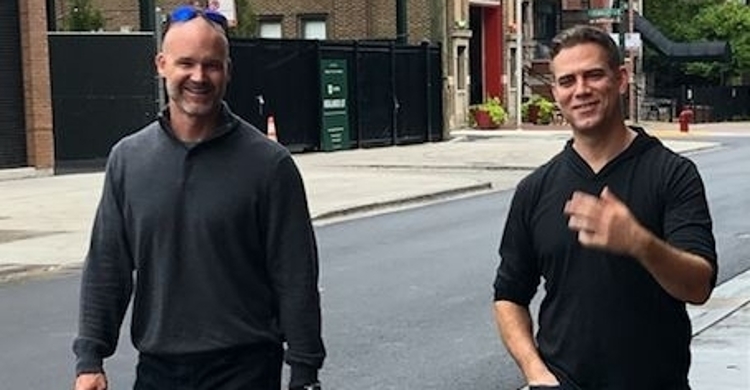 Wednesday was Joe Girardi interview day and today was Grandpa Rossy's turn to interview for the managerial position with Cubs president of operations Theo Epstein and general manager Jed Hoyer.

The Chicago Sun-Times had a photo of Ross and management going for Starbucks at Wrigleyville during Thursday's interviews. All three of them look relatively happy and content.

Ross said the following to the Chicago Sun-Times when asked about the interview: "either way, whatever they say."

David Ross gets an all-expenses-paid trip to Starbucks during Thursday’s interview for the Cubs manager job. pic.twitter.com/X2H7RwLhMT

Cubs fans are excited about the possibility of Ross being the next Cubs manager:

Will @D_Ross3 become @Cubs next manager after his interview with Theo (etc) today? pic.twitter.com/dWRcJqVAAC