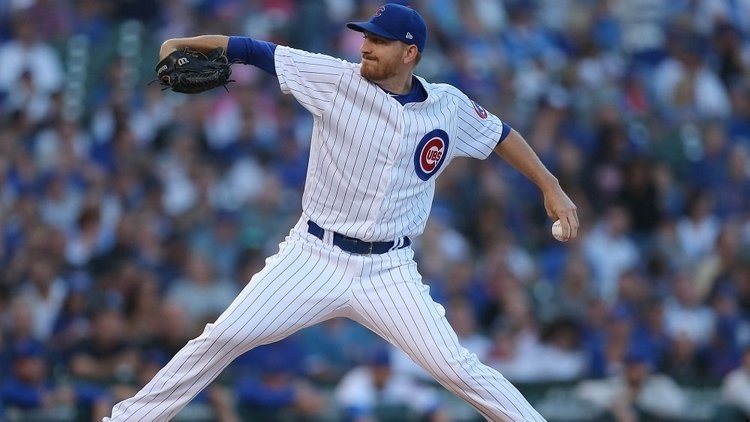 Mike Montgomery thanked the Chicago Cubs organization and its fans for the positive impact that they had on his career. (Credit: Dennis Wierzbicki-USA TODAY Sports)

CHICAGO — After getting traded to the Kansas City Royals in order to address the Chicago Cubs' need for catching help, reliever Mike Montgomery was gracious toward the Cubs and their fans. Montgomery was dealt in return for Royals catcher Martin Maldonado on Monday night, as the Cubs needed an additional catcher with starting backstop Willson Contreras heading to the 10-day injured list.

Montgomery's tenure with the Cubs, which spanned from July of 2016 to July of 2019, will be best remembered by the final out of the 2016 World Series, which was recorded with Montgomery on the mound. Tweeting out a photo of himself with his wife and baby on Tuesday afternoon, Montgomery captioned the picture with a heartfelt message thanking the Cubs and Cubs fans for all of the great memories from the past three years. The left-hander is now slated to become a member of the bullpen for the Royals, the team that drafted him out of high school in 2008.