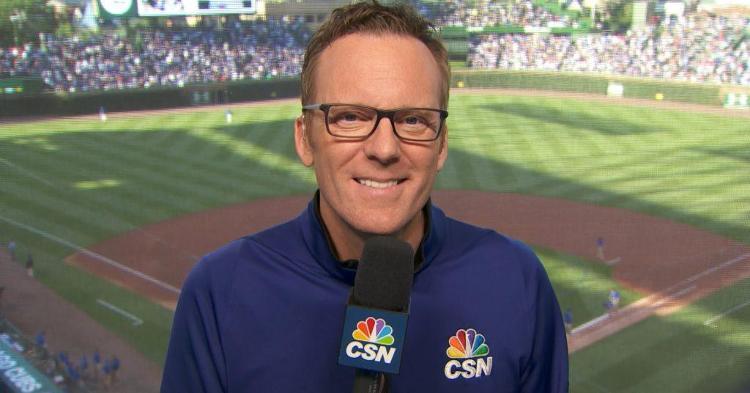 Chicago Cubs fans got some shocking news as long-time Cubs announcer Len Kasper was officially announced as a member of the White Sox radio team on Friday.

He will work with White Sox color analyst Darrin Jackson to provide play-by-play on ESPN 1000.

Kasper gave his reasoning for the job switch as he truly loves radio.

“Broadcasting baseball on the radio has always been my dream,” Kasper said in a statement. “I am happy the White Sox were interested in having me handle their play-by-play responsibilities, and I am appreciative that the Cubs were willing to let me leave that organization on such great terms. I have always been fascinated by the creative freedom radio allows its broadcasters, and baseball is such a great game when presented on the radio. I have been dreaming about doing this since I was 12 years old, listening to Ernie Harwell, and I didn’t want my career to pass without experiencing this great game nightly from the radio booth. I want to thank both the Sox and Cubs for allowing me to live out this baseball dream.”

Len Kasper says "radio was embedded in my soul." Says any anger from Cubs fans should be aimed at him, because this was totally his decision based on wanting to change mediums.

The White Sox certainly got a talented person to work their radio games in Kasper.

“Len brings an unparalleled reputation and status to any broadcast team, and we are fortunate to welcome him to ours,” said Brooks Boyer, White Sox chief revenue and marketing officer. “As momentum builds for promising seasons ahead, Len’s experience and talent in the radio booth enhances the excitement for the start of White Sox baseball. We absolutely believe White Sox fans will be the big winners with today’s news.”

@LenKasper was a big part of me coming to Chicago. I cherish our time in the booth and am happy you get to scratch that radio itch. Good Luck my friend!

Len Kasper says Cubs came to him with an offer that "blew me away." But it only "crystalized the decision" for him. It showed him what his priorities were. In this case, the priority was to chase that dream of moving to radio. And that opportunity existed with the White Sox.