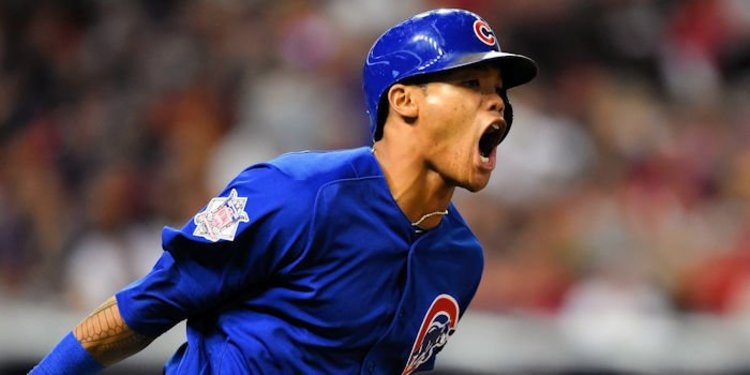 On Wednesday night, Russell's wife Melisa posted the following on her Instagram account during the Cubs-Marlins game.

"Being free to be able to make your own choices for your own happiness beats being cheated on, lied to, & disrespected any day," she posted. #herestonewbeginnings #onlygetsbetterfromhere

She went on to explain why she posted her families private matters on social media.

"My post is meant to be empowering, not degrading. At all. I hope it empowers and inspires other women to "not take sh**" from anyone, regardless of who they are," she tweeted early Thursday morning. "Hoping to empower other women to stand up for themselves and is not a crime AND ... I think it's brave and REAL to show that life's not perfect and it's ok."

A close friend of Melisa commented on the same Instagram post that 23-year old Addison Russell was "cheating on your wife, mentally & physically abusing her."

The post and subsequent comment have since been deleted. The Chicago Cubs have not commented on the situation as of Thursday morning.

Being free to be able to make your own choices for your own happiness beats being cheated on, lied to, & disrespected any day. #herestonewbeginnings #onlygetsbetterfromhere