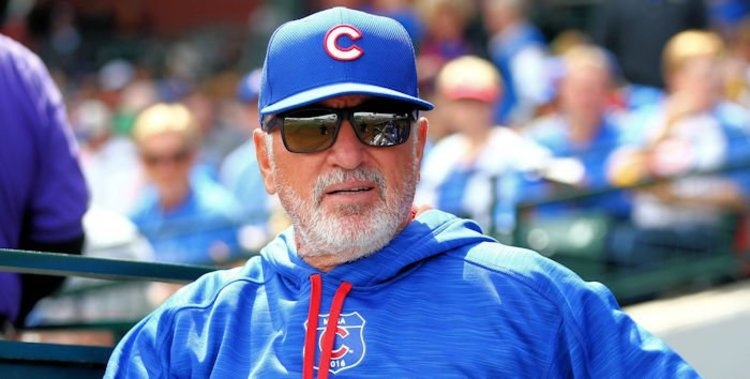 The Chicago Cubs ended up losing a frustrating 1-0 game against the Cleveland Indians on Wednesday night.

In the seventh inning, the Cubs had a huge chance to at least tie the game as they had runners on the corners with no outs. However, shockingly, the NL-leading RBI man Javy Baez laid down a bunt on a squeeze play as Anthony Rizzo was tagged out easily and the threat was thwarted.

Cubs fans were up in arms on the play as it failed miserably and wanted to know if it was Baez or Maddon's idea.

Joe Maddon tried to explain the situation to the media following the game.

"High-strikeout percentage versus Miller," Maddon said of the bunt call. "Javier is one of our best bunters. I talked to him in the dugout. He kind of liked it. So we went with it."

Maddon shared that he is frustrated with losing the close game.

"Javy bunting on that play, if he gets that down, we have men on first and second with nobody out and a run in," Maddon said. "He is long-legged, and if that ball goes down the first-base line, it's an easy run. The ball broke in on him, not an easy pitch to bunt. I imagine it was a backdoor slider. Of course, it's frustrating. Low scoring, we have lost that game several times this year. Really close, low scoring, unable to get a hit when we need it."

Sometimes, you got to let your RBI producers just hit and not overthink things. It's easy to second guess but it unfortunately was the deciding factor in the ballgame yesterday.