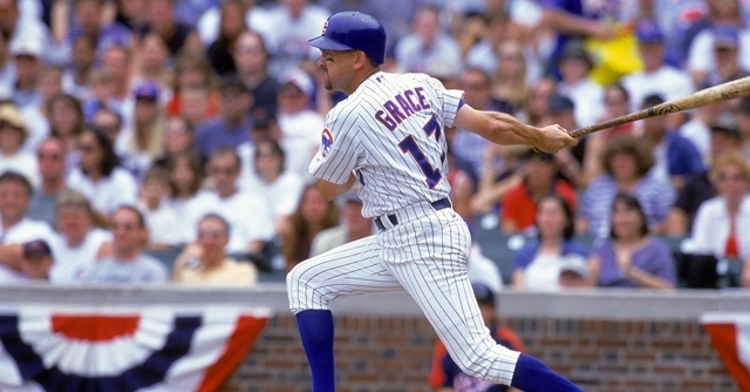 Mark Grace is returning home to the Chicago Cubs

CHICAGO – Marquee Sports Network, the exclusive television home of the Chicago Cubs, today announced the addition of two new on-air personalities, former Cubs great Mark Grace and Big Ten Network (BTN) reporter and host Elise Menaker. Grace, who played 13 years and in three All-Star games as a member of the Cubs, will contribute to pre, post and in-game coverage, while Menaker will create feature stories and other content for the network, as well as contribute as a reporter and host.

“With Mark and Elise joining our already stellar lineup of on-air talent, Marquee Sports Network’s roster will be unmatched by any other regional sports network anywhere,” said Mike McCarthy, general manager, Marquee Sports Network. “Mark is one of the most revered players in Cubs history and a polished baseball broadcaster, and Elise brings versatility, energy, an array of TV experience and a familiarity with Chicago, all of which will make her a tremendous asset.”

Grace called games for FOX Sports from 2007 through 2011 and since 2017, has been an analyst for Arizona Diamondbacks games on FOX Sports Arizona. He will continue in that role while also participating in Cubs broadcasts.

“My years as a Cub were very special, and to return to Wrigley, the Cubs and the best fans in sports as part of Marquee Sports Network is something that means a lot to me,” said Grace. “I’m thrilled to be back!”

Menaker, who grew up in the suburbs of Chicago, will continue her work with BTN, where she has been since 2017 as a studio host, football/basketball sideline reporter and softball analyst. She is no stranger to Chicago as her career has included covering Illinois High School Association events, which aired on NBC Sports Chicago, a stint with ABC 7 and a degree from Northwestern University’s Medill School of Journalism. Menaker graduated from Cornell University where she was a four-year starter on the softball team and earned back-to-back Ivy League championships. She was also a three-time first-team All-Ivy League softball player and played professionally in Sweden.

“We are excited to bring Mark back home to Wrigley Field to share his knowledge and passion for baseball and the Cubs, and in Elise, we have someone who will instantly bring a fresh and unique sports perspective to the broadcasts,” noted Marquee Sports Network’s Senior Vice President of Programming and Production Mike Santini. “We are very fortunate to add them both.”