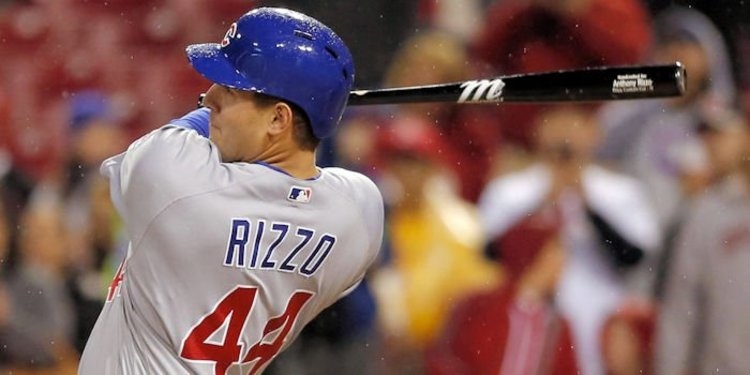 Chicago Cubs first baseman was on ESPN 1000 on Tuesday afternoon and shared during the radio interview that he will lead-off for tonight's game against the New York Mets. He told radio host David Kaplan that he has been lobbying manager Joe Maddon for the chance to bat first in the lineup.

I guess the Cubs will try anything to get themselves out of this offensive drought. The failed Kyle Schwarber experiment at the leadoff position has more than likely ended as Rizzo will get his shot at leading off games. Maddon confirmed on the radio that Rizzo will indeed bat leadoff tonight against the Mets at 6:10 CDT at Citi Field. In case you were wondering, Rizzo has one lifetime at-bat at leadoff and it, unfortunately, was a strikeout.