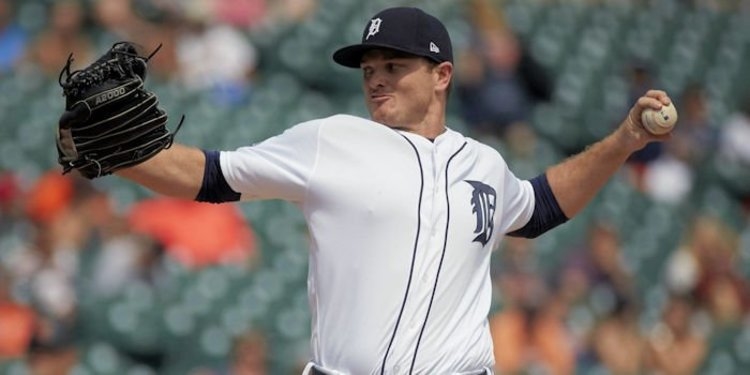 Theo Epstein is not done with improving his ballclub even after the addition of Jose Quintana shocked the baseball community.

Hours to go before Monday's 4 PM EST trade deadline and the Cubs and the Dodgers are the reported final two to garner the services of Detroit lefty reliever Justin Wilson.

Remember the Cubs are still interested in obtaining a backup catcher with the departure of Miguel Montero and the Tigers could package Wilson and catcher Alex Avila for a few prospects from the Cubs.

MLB insider Jon Heyman is reporting that the Cubs are offering Jemier Candelario in the trade as he is not in the lineup tonight for the Iowa Cubs as well as outfielder Mark Zagunis.

If the Cubs give up Candelario it would be one of their top prospects remaining in the minors but his major league path is blocked by third baseman Kris Bryant and at first base with Anthony Rizzo. If Candelario is traded, the Cubs will have traded positional players Starlin Castro, Gleyber Torres, Jorge Soler, and Eloy Jimenez in only a few years of wheeling and dealing with other clubs.

The Cubs don't play tomorrow but rest assured that they will be working the phones tonight and tomorrow trying to improve this ballclub for the stretch run.

there is indeed talk of candelario for justin wilson. possible others in mix too. @Ken_Rosenthal mentioned cubs