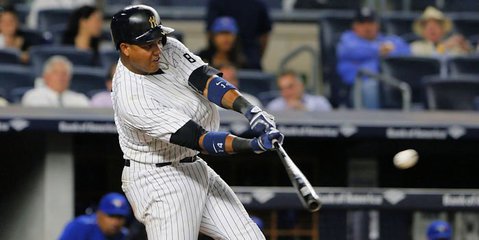 Former Chicago Cubs shortstop Starlin Castro had a decent year with the Yankees but was being aggressively shopped around this past offseason according to multiple reports.

"The Yankees have been unable to deal (or even find interest) in Brett Gardner, Chase Headley or Starlin Castro, who they let some clubs know was available," New York Post's Joe Sherman reported. "To date, that has kept them from pushing fervently for a reliever."

Castro signed a six-year, $60 million contract with the Cubs in 2012, therefore, the Yankees still owe Castro $30 million for the next three seasons.