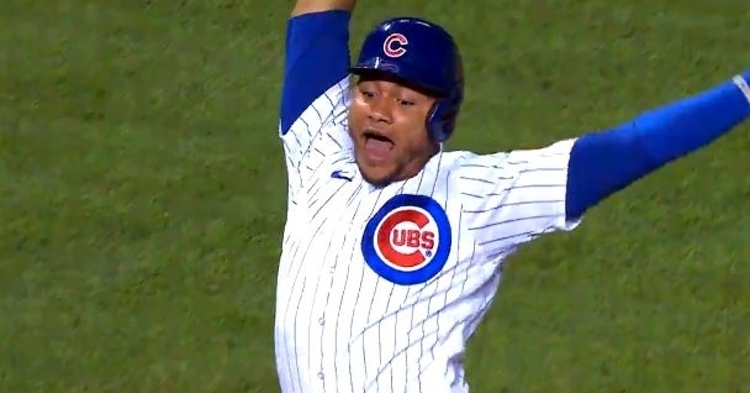 Willson Contreras and six of his teammates are Gold Glove finalists

The Chicago Cubs had a stellar defense in 2020.

The Rawlings Gold Glove Award finalists were released on Thursday afternoon and several Cubs players were listed in recognition for their stellar play in the field.

Hendricks and Mill tied for first in defensive runs saved (3) among pitchers, making zero errors on the season.

Obviously, the Cubs wanted to do better in the playoffs this season, but you have to give them credit for being a much better defensive team than in 2019 when they had a ton of errors in Joe Maddon's last season.

The SABR Defensive Index will help select all the winners this shortened-season.

"SABR is thrilled to continue to assist with the Rawlings Gold Glove Awards and is honored that the SABR Defensive Index was trusted to handle selections in a season filled with extraordinary circumstances,” SABR CEO Scott Bush said.

“This season has certainly been unlike any other and we’re thankful to continue the longstanding tradition of recognizing and honoring the best defensive players in the game,” said Mike Thompson, Rawlings chief marketing officer. “This year’s class of Gold Glove finalists is a mix of established and first-time honorees which should make for an exciting reveal of the winners on November 3.”

The Gold Glove winners will be named on Tuesday on ESPN at 7 p.m. ET.

The #SABR Defensive Index will be used to determine all of the @RawlingsSports Gold Glove Award winners this season. Check out the list of 2020 finalists at each position: https://t.co/ZVtOy4JKz0 pic.twitter.com/LUJArNsWZu