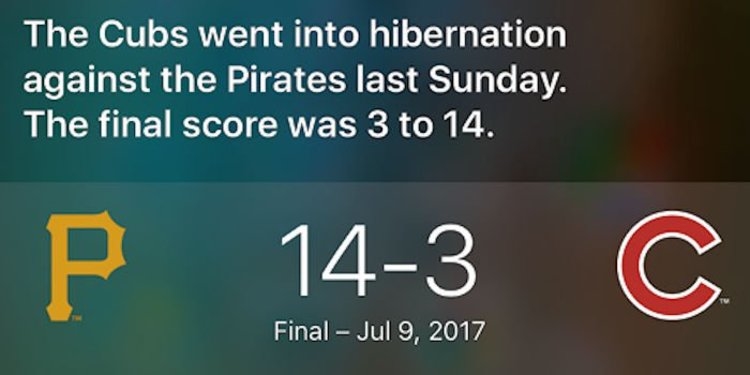 The Chicago Cubs limped into the All-Star break after they lost 14-3 to the Pittsburgh Pirates last Sunday.

If you ask Apples' SIRI about the game, she was brutally honest about what happened between the two teams.

"The Cubs went into hibernation against the Pirates last Sunday," Siri said. "The final score was 3 to 14."

Another answer that SIRI said was the following.

"The Cubs were subjugated by the Pirates last Sunday; the final score was 14 to 3.

Not is all lost as the Cubs are only 5.5 games out of first place in the National League Central division and will begin a series against the Baltimore Orioles on Friday.