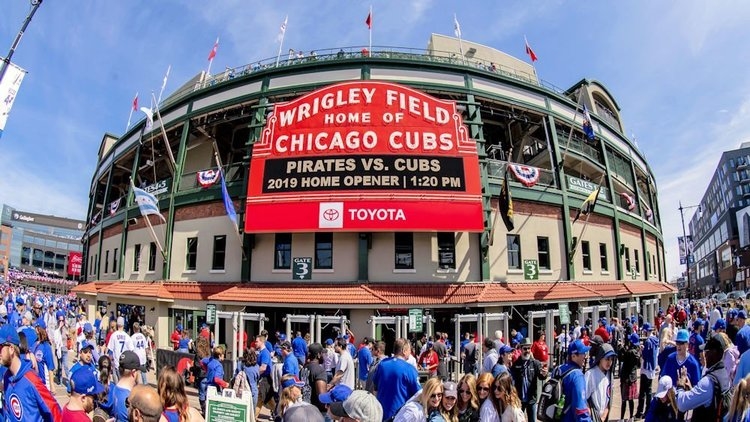 On a foggy night in Chicago, a seagull made itself right at home at Wrigley Field. (Credit: Patrick Gorski-USA TODAY Sports)

While the Chicago Cubs and the Colorado Rockies were attempting to play a baseball game at Wrigley Field on Wednesday night, a pesky seagull was trying its best to prevent that from happening. Flitting around the diamond for several innings, the seagull eventually camped out on the infield and even annoyed Cubs starting pitcher Yu Darvish to the point that he shooed it away.

The seagull was a minor inconvenience for the players, but the ominous fog that rolled in early in the contest was assuredly a major inconvenience for fans in attendance. As thick as pea soup, the dense fog hovered over the Friendly Confines for quite some time before finally dispersing in the sixth inning. Creepy, to say the least, the fog made for an eerie night at Wrigley that was made a little cheerier by the silly seagull.

Yu Darvish not a big fan of the seagulls! It flew in front of him prior to the pitch, he shooed it away, it relocated to short left #Cubs pic.twitter.com/dJfwi8zMF6

The temperature is dropping and fog is blowing in at Wrigley Field as #Cubs host #Rockies. pic.twitter.com/j9E8VvN365