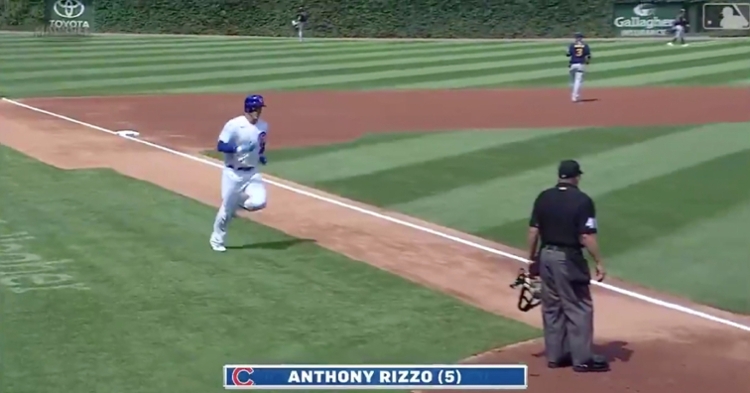 For some unknown reason, Anthony Rizzo expedited his home run trot in the first inning of Saturday's game.

CHICAGO — Appearing to be in a hurry to get back to the dugout, Anthony Rizzo hustled around the bases upon hitting a first-inning home run on Saturday. Rizzo swung at the first pitch he faced and sent it into the seats at Wrigley Field.

The 357-footer, which landed in the basket at the top of left field wall before bouncing out, marked Rizzo's fifth dinger of the year. Milwaukee Brewers starter Adrian Houser, who fell down 1-0 as a result of the solo bomb, was taken deep on a 94-mph sinker.

You don't have a dozen personal hype men? pic.twitter.com/25WRmbGw2T

SOMEONE COME GET THEIR MA--

Oh wait, that one's ours. pic.twitter.com/XMx7h2ZK7N