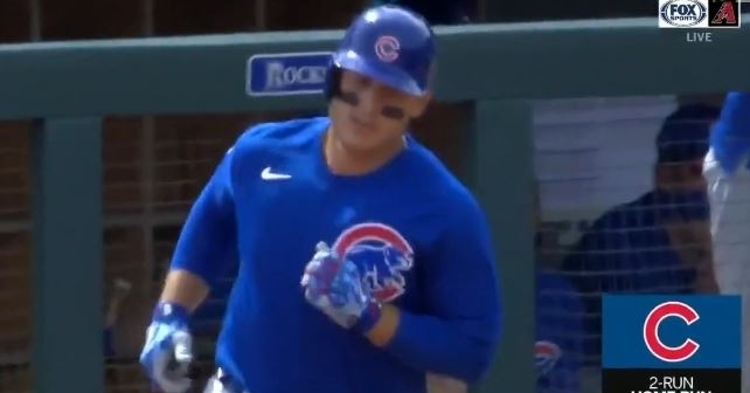 Chicago Cubs first baseman Anthony Rizzo smacked a moon shot on a 3-2 pitch for a two run homer to the right field berm to put the Cubs up 3-0 during Sunday's game against the Diamondbacks.

The homer had an exit velocity of 103 MPH and traveled an estimated 392 feet according to Statcast.

It was his second homer of spring.

I know its spring training but the goddamn chicago cubs look incredible pic.twitter.com/SX536pE8uH