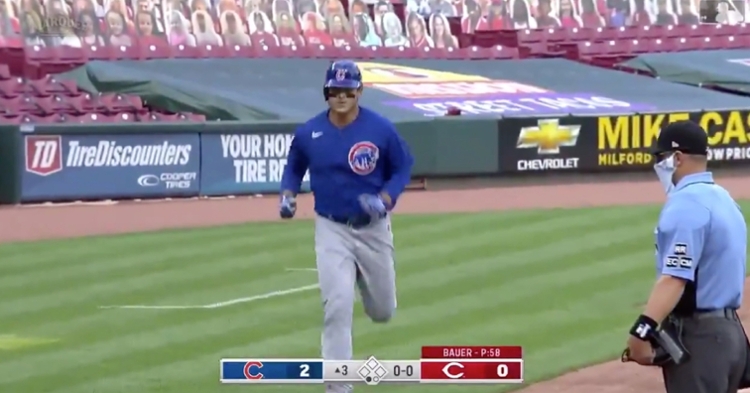 Going yard on Saturday afternoon for the second game in a row, Anthony Rizzo now has seven home runs on the season.

The third-inning dinger came on a sinker from Bauer, as Rizzo pulled off one of his signature crouching home runs, nearly going down to one knee in the process of skying a 367-footer. Rizzo's at-bat started off 0-2 and featured five foul balls, with "Big Rizz" fighting off several pitches before finally getting underneath one for a dinger.