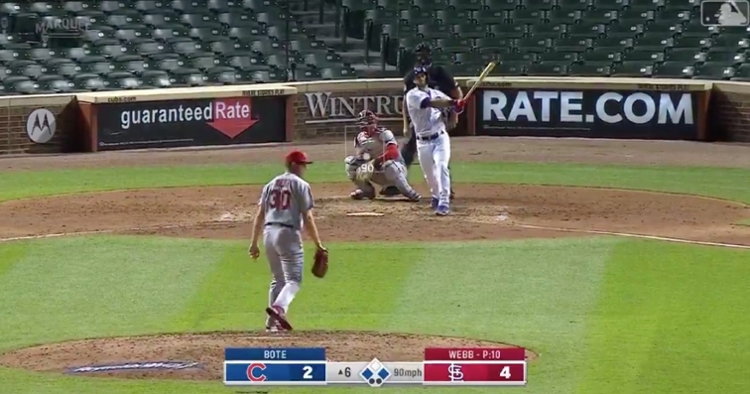 David Bote skied the second pinch-hit home run of his career and put the Cubs ahead of the Cardinals.

CHICAGO — David Bote famously hit a walkoff grand slam as a pinch hitter, and the second pinch-hit home run of his career, though not as impactful, was pretty dramatic, too. Bote pinch hit with two men on and the Cubs trailing by two on Monday night and went yard.

Bote pinch hit for Victor Caratini with two outs and runners on the corners and went yard off St. Louis Cardinals reliever Tyler Webb. The 434-foot dinger was absolutely crushed out to straightaway center at Wrigley Field, plating Willson Contreras and Jason Heyward and putting the Cubs up 5-4 in the top of the sixth. Bote now has three homers to his name this year.

It's hard to stay mad when there's so much Bote in the world. pic.twitter.com/y2x20LISXc