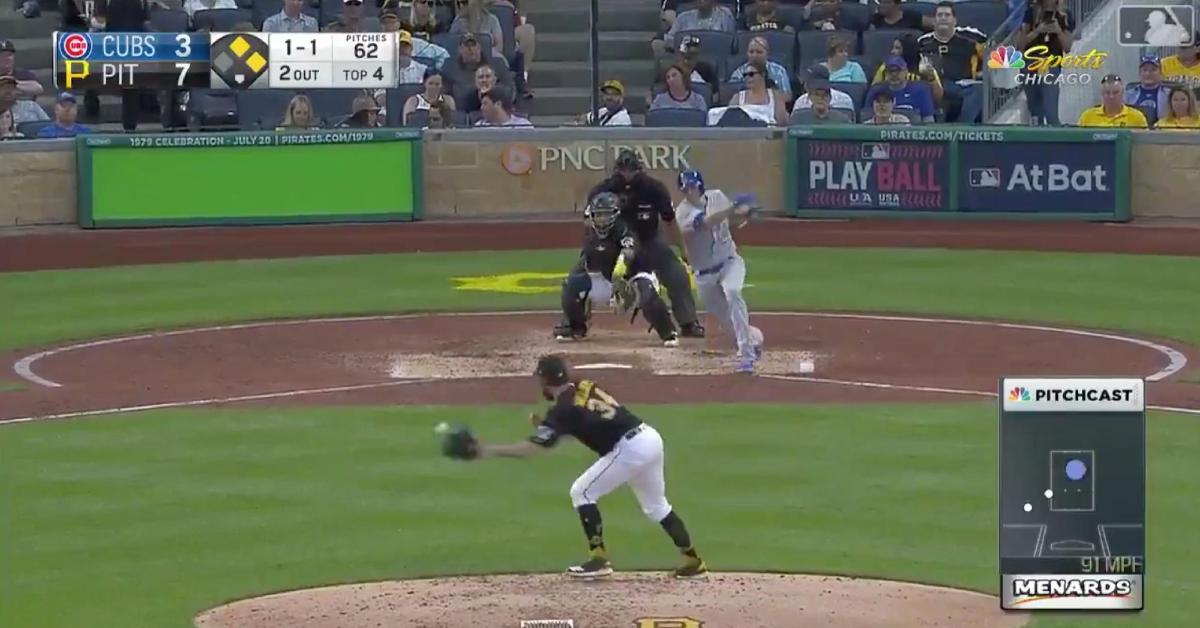 Cubs reliever Brad Brach tabbed an RBI on a single up the middle.

PITTSBURGH — Relievers rarely have the opportunity to hit with runners in scoring position, but, due to the fact that Chicago Cubs starter Adbert Alzolay's start was short-lived on Monday, Cubs reliever Brad Brach had the opportunity to bat with men on first and second and two outs in the fourth. Coming up with the first hit of his career, Brach drove home a run against the Pittsburgh Pirates at PNC Park.

A few at-bats after Cubs catcher Victor Caratini brought two runs in via a base knock to center, Brach cut the Pirates' lead down to three with a single hit up the middle off Pirates starter Trevor Williams. Caratini scored as a result of the hit, which carried past diving Pirates second baseman Adam Frazier and into center field. The Pirates challenged that Caratini was tagged out on a play at the plate, but the call stood, thereby making the score 7-4 in favor of the Pirates and giving Brach his first career RBI.