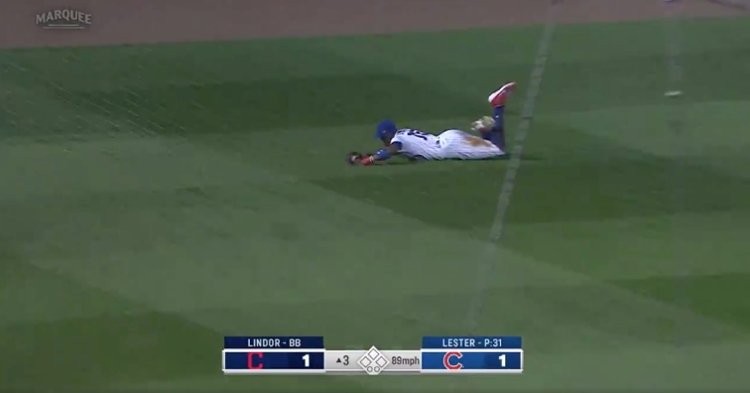 CHICAGO — Robbing Cleveland Indians shortstop Francisco Lindor of a leadoff hit in the top of the third, Chicago Cubs left fielder Cameron Maybin laid out for a phenomenal diving catch. One of the primary reasons why the Cubs recently traded for Maybin is his defensive aptitude, which was on full display at Wrigley Field on Wednesday.

Maybin went airborne on the Superman-like dive, snagging a liner off the bat of Lindor before it could fall for a base hit in left. At the plate, Maybin earned the game-winning RBI against the Indians on Tuesday by way of a walkoff hit by pitch, and he continued to be a thorn in Cleveland's side via Wednesday's phenomenal web gem.