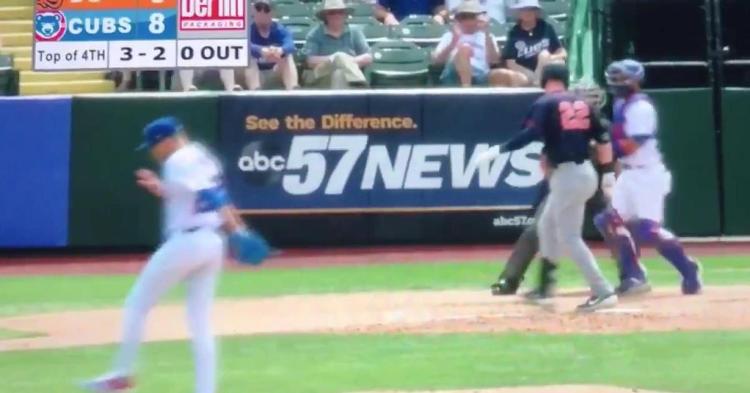 SOUTH BEND, Ind. — Chicago Cubs pitching prospect Cam Sanders is clearly not oozing with modesty, as the pitcher for the Single-A South Bend Cubs has garnered attention for his showboating following strikeouts. Sanders, who had a standout college career with the LSU Tigers, was drafted by the Cubs in the 12th round of the 2018 MLB Draft and has performed well in the minors. If Sanders is to ever make it in the majors, though, he will almost certainly have the ditch the bush-league "skip-to-my-lou" celebration that he puts on display after striking out opposing batters.

Although the culture of Major League Baseball is gradually embracing allowing the players to have more fun, such as batters eyeballing their home runs, a pitcher carrying out a brief ballet routine after every strikeout would definitely not go ever well in the big leagues. For now, the hopping and skipping is providing a little spice to Single-A ball and helping put Sanders on the map, which makes the excessive showboating somewhat of a positive.