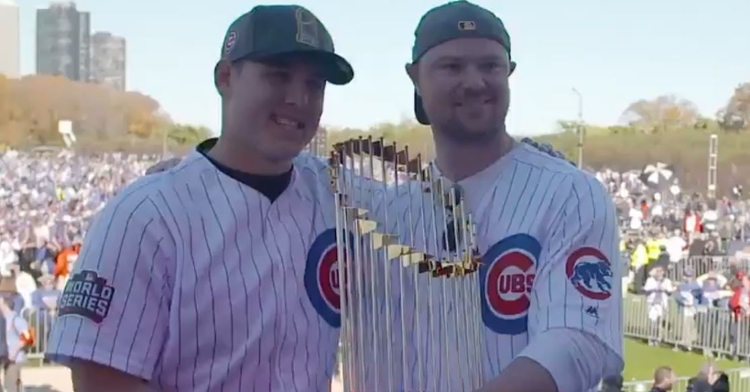 The Washington Nationals officially announced the signing of former Chicago Cubs pitcher Jon Lester today after he passed his physical.

Obviously, it's an emotional time for Cubs fans as 'Big Jon' was one of the main reasons that the ballclub broke the curse after 108-year drought.

He was one of the top free agents of all time by the organization and the Cubs released a farewell video to honor him as he reunites with Kyle Schwarber in Washington.

The Cubs posted the following about Lester on social media today:

A leader, a teammate, a role model.

Check out the farewell video below: