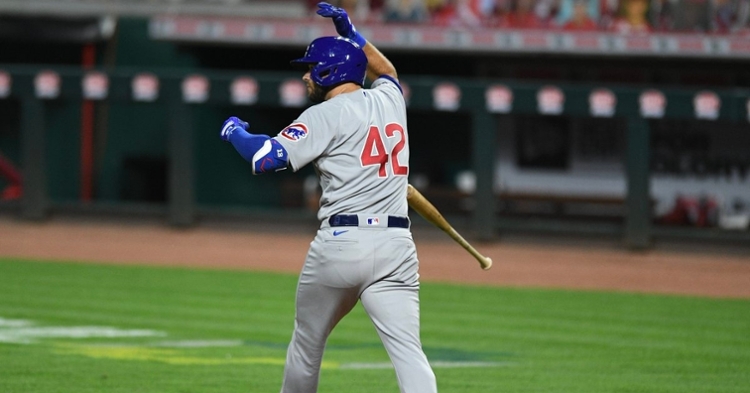 David Bote made a statement by flipping his bat after going yard in an inning filled with contention. (Credit: @Cubs on Twitter)

CINCINNATI — In a contentious inning that saw Cubs manager David Ross get ejected after sticking up for Cubs first baseman Anthony Rizzo, Cubs third baseman David Bote walloped an impressive two-run homer. The 449-footer at Great American Ball Park made the score 4-3 in favor of the Cincinnati Reds.

Going deep with two outs in the top of the fourth, Bote collected his fifth dinger of the year and plated Cubs catcher Willson Contreras to pull the Cubs to within one run of the Reds. The round-tripper to left-center came against Reds starter Tejay Antone, who controversially threw over Rizzo's head earlier in the frame.

There has been an ejection. pic.twitter.com/oE2AF4jTd6

His 5th of the season. pic.twitter.com/NwoG4lq1IZ