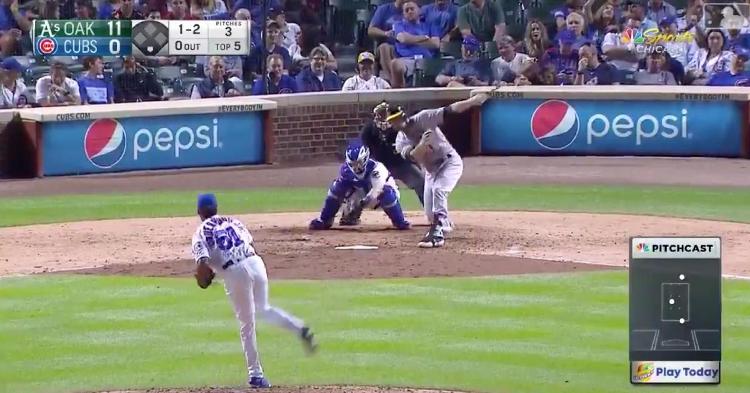 CHICAGO — One positive of the Chicago Cubs getting blown out by the Oakland Athletics at Wrigley Field on Tuesday is that it provided young Cubs reliever Duane Underwood Jr. with an opportunity to get some quality pitching under his belt. Underwood was called up on Monday to replace the injured Craig Kimbrel on the Cubs' active roster, and in his first appearance of the season, Underwood faced six batters in his two innings pitched and struck out all six of them.

Underwood, 25, entered in relief of Cubs starter Jon Lester to start the top of the fifth and proceeded to strike the side out swinging. In the sixth, he struck the side out swinging again, thereby tying the Cubs' franchise record for consecutive strikeouts by a reliever. Even with the Cubs getting blown out 11-0, Underwood striking out six batters in a row was quite the showstopper and is a feat that might earn the young arm more time on the mound.

Duane Underwood Jr.: first #Cubs pitcher in modern era (since 1900) to face at least 6 batters in a game and strike them all out (from @EliasSports)