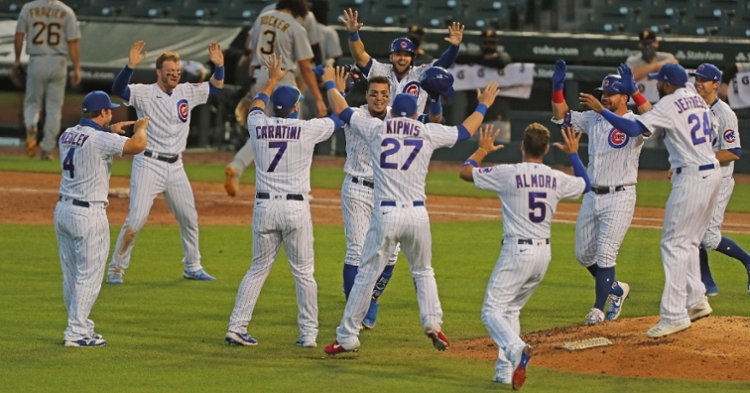 CHICAGO — A rain delay was followed by extra-inning excitement at Wrigley Field on Sunday. Midway through the ninth inning, with the Chicago Cubs (7-2) and the Pittsburgh Pirates (2-7) tied 1-1, heavy rains brought on a rain delay that lasted approximately one hour. The North Siders went on to win 2-1 in 11 innings, thus finishing off a three-game sweep of the Buccos.

Once the game advanced to extras, the baserunning rules in effect for this season made for a thrilling play at the plate right off the bat, with Willson Contreras colliding with and tagging out a runner attempting to score from second base. In the bottom of the 11th, Javier Baez put an end to the contest with a walkoff single that scored David Bote and led to a socially distanced celebration.