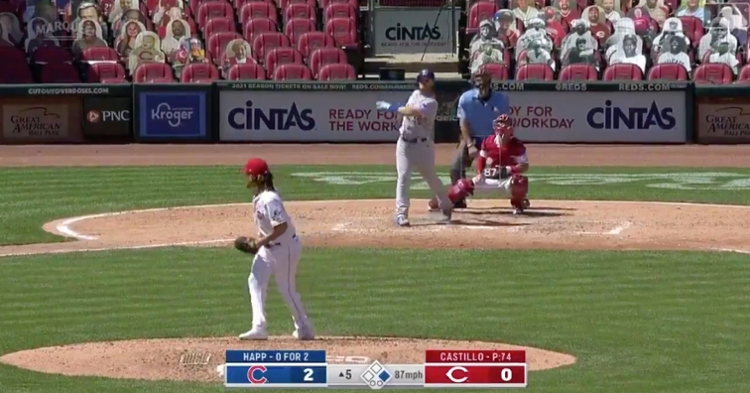 CINCINNATI — Giving the Chicago Cubs their third home run of the contest, center fielder Ian Happ powered out a 399-footer in the top of the fifth on Sunday. Happ's eighth dinger of the year followed solo blasts by fellow Cubs outfielders Jason Heyward and Kyle Schwarber earlier in the game.

A two-run blast hit out to center, the dinger by Happ plated Nico Hoerner, who was hit by a pitch that got away from Reds starter Luis Castillo to begin the fifth frame. Happ, who played his college ball in the Queen City as a member of the Cincinnati Bearcats, took Castillo deep on a slider and now has 19 RBIs to his name. The Cubs took a 4-0 lead at Great American Ball Park as a result of Happ's round-tripper.