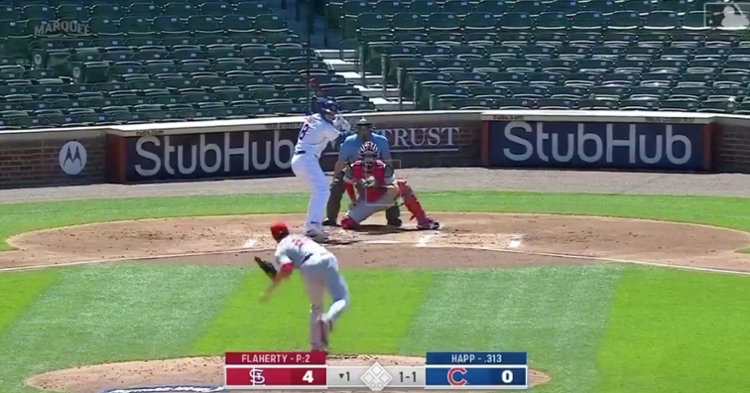 CHICAGO — Going yard for the third day in a row, Cubs center fielder Ian Happ crushed a leadoff blast in Wednesday's doubleheader opener at Wrigley Field. Coming in the Cubs' first at-bat of the afternoon, Happ took St. Louis Cardinals starter Jack Flaherty deep on a four-seamer for his sixth dinger of the year.

Cubs starter Alec Mills gave up a grand slam to Cub killer Matt Carpenter in the top of the first, so Happ's solo shot in the bottom half of the inning made the score 4-1. Happ has fared well as the leadoff man while filling in for the injured Kris Bryant. His tater on Wednesday afternoon carried 390 feet out to right field and caromed off the scoreboard. All three of Happ's long balls in the series have been leadoff shots.

Another day, another Ian Happ ??