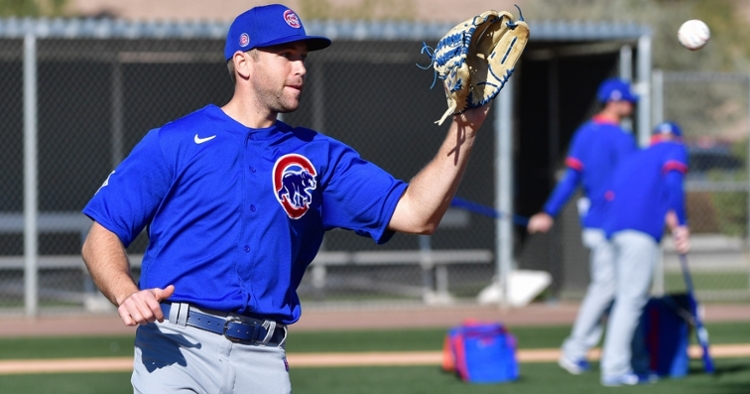 PITTSBURGH — Chicago Cubs reliever Jason Adam was just called up on Wednesday, and he did not help his cause with staying on the roster in the long run when he made a horrible throw to second base on Thursday. Adam's throwing error potentially prevented the Cubs from turning a double play.

The Pittsburgh Pirates' Anthony Alford hit a chopper back to the mound that Adam cleanly fielded before firing a throw toward second that was well off the mark. Shortstop Javier Baez was in position at the bag, but Adam's throw sailed to second baseman Jason Kipnis, who was standing near the outfield grass.

Baez hilariously feigned a throw to first base, potentially thinking about the 1-6-3 double play that could have been. Later in the sixth inning, Cole Tucker put the Pirates up 6-2 at PNC Park with a two-run base knock off Adam, who was removed from the game soon afterward.