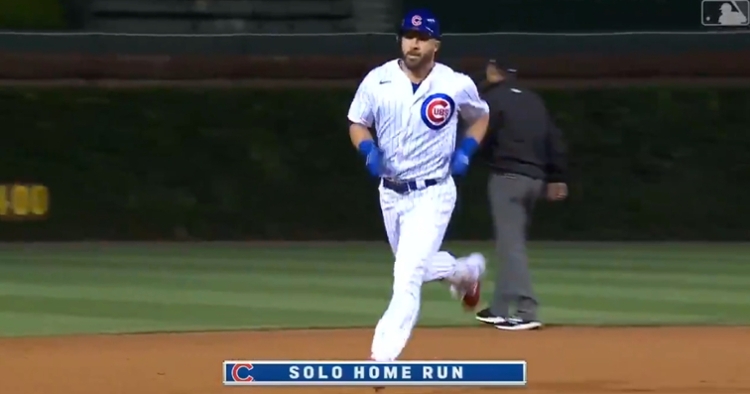 CHICAGO — Homering for the first time in the regular season since joining the Chicago Cubs, veteran Jason Kipnis, a Chicago native, blasted a 418-foot solo bomb at Wrigley Field on Friday night. The dinger in the bottom of the fourth put the Cubs up 2-0 on the Pittsburgh Pirates.

Formerly of the Cleveland Indians, Kipnis signed with the Cubs in the offseason. On Friday, he started at second base and took Pirates starter Trevor Williams deep. The solo shot came with two outs and sailed beyond right field.

#Cubs Jason Kipnis hit his first homer of the season – it is the first home run he has hit outside of the #Indians organization since June 6, 2009, when he hit a first inning home run to give his Arizona State Sun Devils a 1-0 lead over the Clemson Tigers in the Super Regionals.