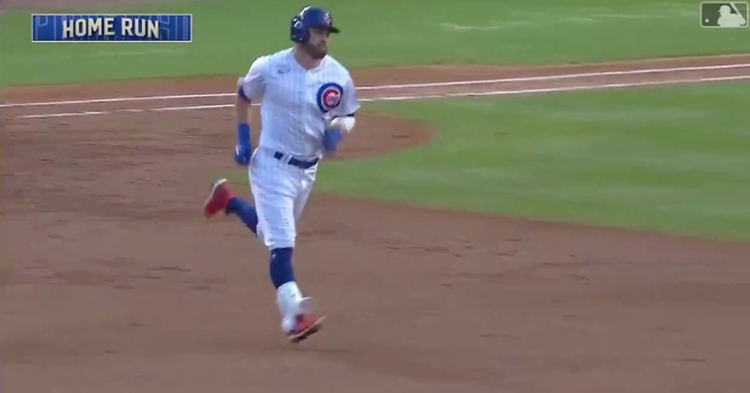 Cubs second baseman Jason Kipnis got in on the early home run action with a 426-foot two-run jack.

CHICAGO — Hitting the second home run of the game for the Chicago Cubs and the third home run overall in the contest, second baseman Jason Kipnis jacked a two-run shot out to right at Wrigley Field on Sunday. Kipnis took St. Louis Cardinals hurler Dakota Hudson deep on a slider, and the dinger sailed 426 feet.

Kipnis now has three homers and 13 RBIs in a Cubs uniform. Willson Contreras, who drew a leadoff walk in the bottom of the second, was plated on the long ball. Anthony Rizzo went yard for the Cubs earlier in the game, and the Cardinals also notched a tater. Early home runs were made possible by gale-force winds blowing out at the Friendly Confines.