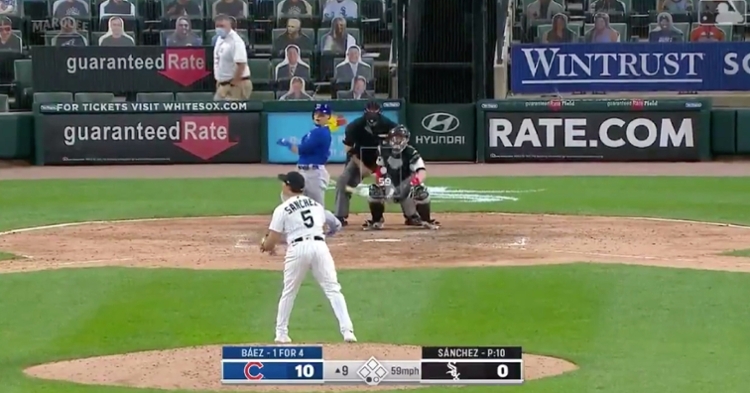 Cubs shortstop Javier Baez doubled on Friday for the first left-handed hit of his MLB career.

CHICAGO — With the Chicago Cubs routing the Chicago White Sox 10-0 in the top of the ninth on Friday, Cubs shortstop Javier Baez decided to bat left-handed for the second time in his career. He previously did so in 2019, and it resulted in a flyout. The second time around, "El Mago" made some magic happen from the left side of the plate.

White Sox second baseman Yolmer Sanchez pitched the ninth inning at Guaranteed Rate Field and gave up a solo home run to designated hitter Willson Contreras. A few at-bats later, Baez slapped a 59-mph curveball from Sanchez into right-center. The gapper rolled to the wall and turned into a double for "Javy," who was doubled off at second when taking off for third prior to center fielder Billy Hamilton popping up onto the infield in the next plate appearance. Baez is a natural lefty who bats and throws right-handed, and he can now say that, for a brief period of time, he was a successful switch hitter at the big league level.