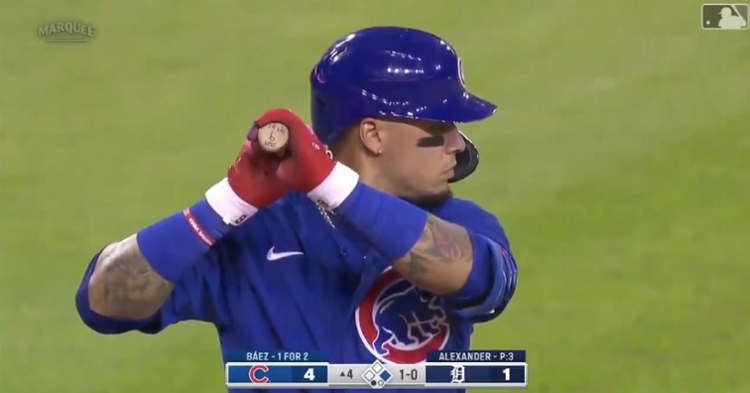 Javier Baez powered a changeup 425 feet out to right-center at Comerica Park.

DETROIT — In the same inning that David Bote hit the longest home run of the Cubs' season thus far (455 feet), Javier Baez smashed a 425-footer that was nearly as impressive. Baez made perfect contact on a changeup thrown by Detroit Tigers reliever Tyler Alexander and crushed it 425 feet out to right-center for his first round-tripper since Aug. 1.

The two-run dinger at Comerica Park scored Anthony Rizzo, who hit an RBI infield single earlier in the fourth frame. Alexander gave up the blast not long after relieving Tigers starter Casey Mize. The Cubs plated four runs in the top of the fourth on Monday, with Baez's blast capping off the four-run output, and took a 6-1 lead. "Javy" now has four homers and 12 RBIs to his name this year.