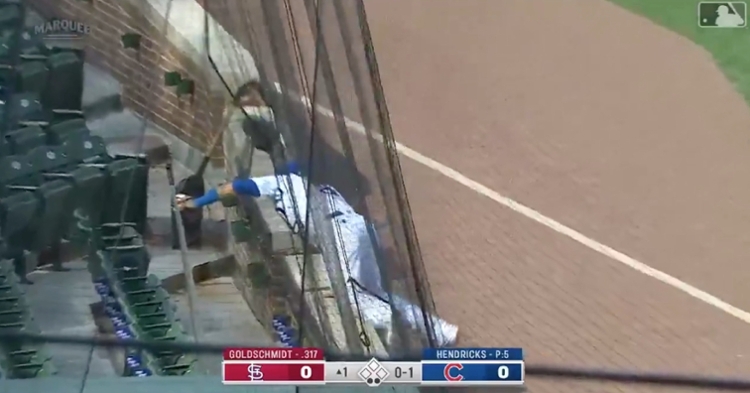 Javier Baez snagged a foulout while leaning into the protective netting on the left field side of Wrigley Field.

CHICAGO — Although he is currently in a hitting slump, Chicago Cubs shortstop Javier Baez is still "El Mago" when it comes to every other aspect of his game. Baez proved as much with a great catch to end the top of the first on Monday, making the snag in the netting down the left field line at Wrigley Field.

Mere moments after tagging out the St. Louis Cardinals' Kolten Wong to end a pickoff play, Baez caught a popup hit into foul territory by Paul Goldschmidt. Baez leaned over the partition on the third base side of the field and gloved the fly ball while leaning into the protective netting, thereby recording the third out and ending the inning in style.