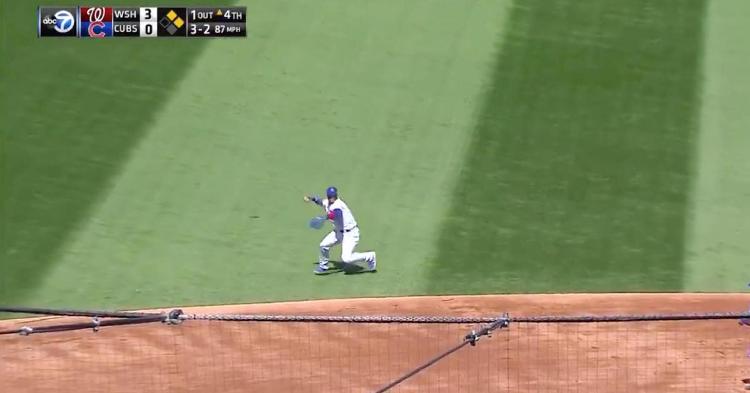 Chicago Cubs shortstop Javier Baez went all out for a phenomenal web gem on Friday.

CHICAGO — Chicago Cubs shortstop Javier Baez went all out for a diving stop on Friday, and it paid off, with the web gem resulting in the lead runner being thrown out at third base. As a result of the play, Baez saved a run from being scored by the Washington Nationals at Wrigley Field.

Baez raced to his left and laid out for a diving stop of a grounder smoked off the bat of Nationals second baseman Brian Dozier. After realizing that he had no chance of throwing out Dozier, who was credited with an infield single, Baez turned his attention toward Nationals first baseman Howie Kendrick.

Kendrick ran through the stop sign given by the third-base coach and realized his mistake when it was already too late. While Kendrick dove back toward third base, Baez fired a throw to Cubs third baseman Kris Bryant, who applied the tag for the out.