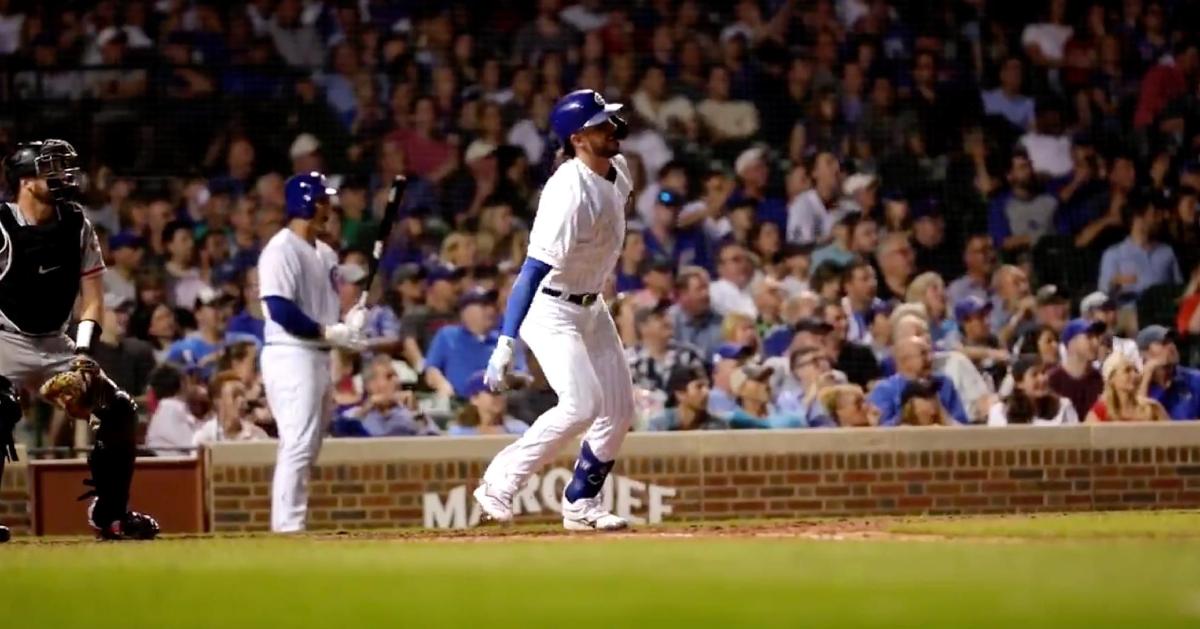 CHICAGO — Sending a high drive that Roy Hobbs would approve of into the night sky at Wrigley Field on Wednesday, Chicago Cubs third baseman Kris Bryant hit what turned out to be a game-winning home run against the San Francisco Giants. Powering out a 394-foot 2-run bomb in the bottom of the eighth, Bryant put the Cubs up 12-11, which wound up being the final score.

Fittingly, an MLB fan on Twitter with the handle @RandallJSanders set the theme music from the classic baseball movie The Natural to a video of Bryant's bomb that the Cubs' social-media team released. The video provides a close-up view of Bryant as he swings, makes contact and watches his dinger fly into the bleachers before rounding the bases.

Since the fictional Roy Hobbs from The Natural is a power-hitting slugger for the Cubs, it is only fitting that the video of the Bryant blast was set to music from the iconic film. After all, the dramatic homer from Bryant would have worked well in a cinematic drama, as the slugfest between the Cubs and the Giants made for plenty of excitement at the Friendly Confines.

Thanks for the video, @Cubs pic.twitter.com/lJSsfhAAjF