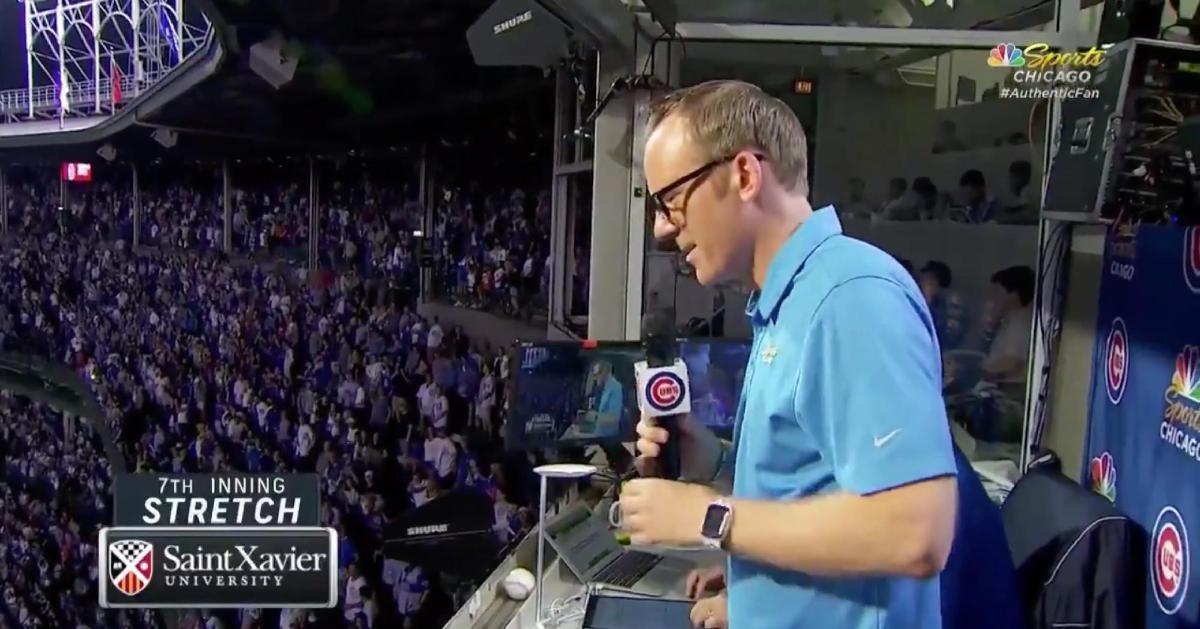 Chicago Cubs play-by-play man Len Kasper came through with a solid performance of "Take Me Out to the Ball Game."

CHICAGO — Play-by-play announcer Len Kasper of the Chicago Cubs' television broadcasts channeled Harry Caray by singing "Take Me Out to the Ball Game" at Wednesday's game at Wrigley Field. With the Cubs battling the San Francisco Giants, Kasper sang during the seventh-inning stretch and did an excellent job of belting out the baseball tune.

Perhaps as an homage to a family member, Kasper shouted out the incoming freshman class of the University of Illinois before beginning his rendition. Per tradition, Kasper implored the Cubs to "get some runs" at the end of his performance, and the North Siders, who trailed 11-10 at the time, responded by plating two runs late in the contest and winning 12-11.