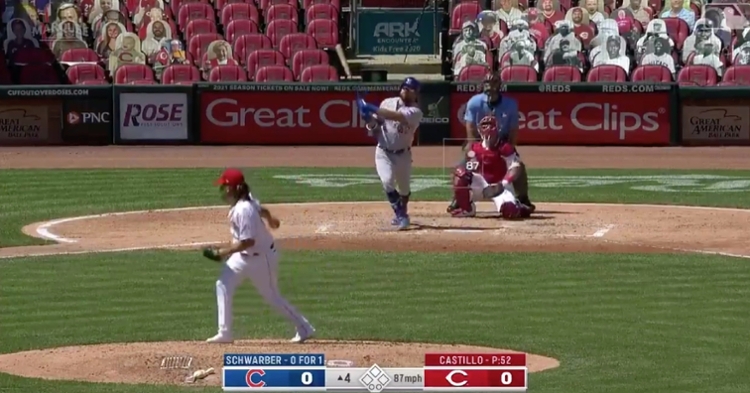 Kyle Schwarber crushed his eighth long ball of the season with a 428-footer on Sunday.

CINCINNATI — A native of the Cincinnati area, Chicago Cubs left fielder Kyle Schwarber showed out with an impressive home run at Great American Ball Park on Sunday. The slugger broke a scoreless tie and put the Cubs up 1-0 in the top of the fourth via a 428-foot solo blast.

Marking the second dinger allowed by Reds starter Luis Castillo on the season, Schwarber's bomb sailed out to right to lead off the fourth frame. The Cubs' dugout knew the ball was gone as soon as it left the bat, loudly cheering once Schwarber made contact. Cubs right fielder Jason Heyward swatted a solo homer of his own a few at-bats later.