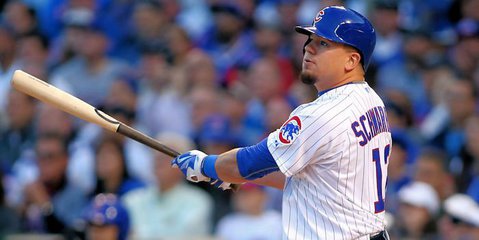 Cubs catcher Kyle Schwarber went 1-for-3 with a double, walk, and a run scored playing for the Mesa Solar Sox in the Arizona Fall League on Monday afternoon.

Joe Maddon said on Monday during his press conference on Monday that they would watch Schwarber take his at-bats today during live action and "make an evaluation after that" on Schwarber potentially being able to play in the World Series. He also added that the reports have been good on his rehab and Schwarber would give him "another option" at DH.

The Cubs do not have to announce their official World Series roster until Tuesday morning.