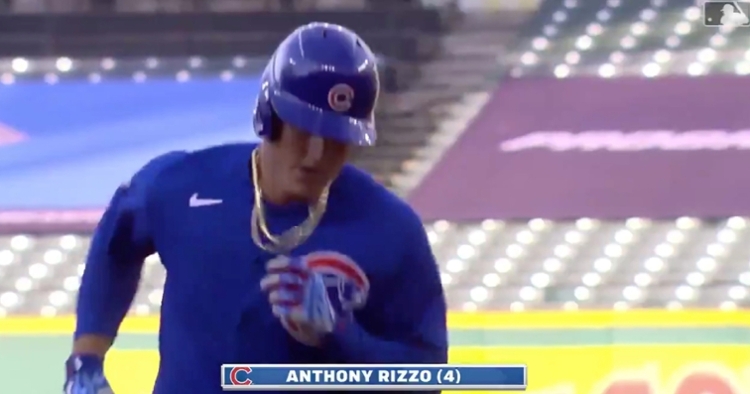 Anthony Rizzo was blinged out when he went deep against the Indians on Wednesday.

CLEVELAND — Chicago Cubs first baseman Anthony Rizzo inexplicably wore two large gold chains around his neck on Wednesday. Resembling a 1990s R&B singer, Rizzo was clearly not weighed down at the plate by the jewelry, as he went yard at Progressive Field.

Lining a solo shot just over the wall in the right field corner, Rizzo put the Cubs on the board in the top of the third. The 353-foot leadoff jack marked Rizzo's fourth dinger of the season. Cleveland Indians starter Carlos Carrasco gave up the round-tripper to the blinged-out Rizzo on a sinker.

Just in case Anthony Rizzo rounding the bases after a home run with his chains flowing is relevant to your interests... pic.twitter.com/gmglgyWHc6