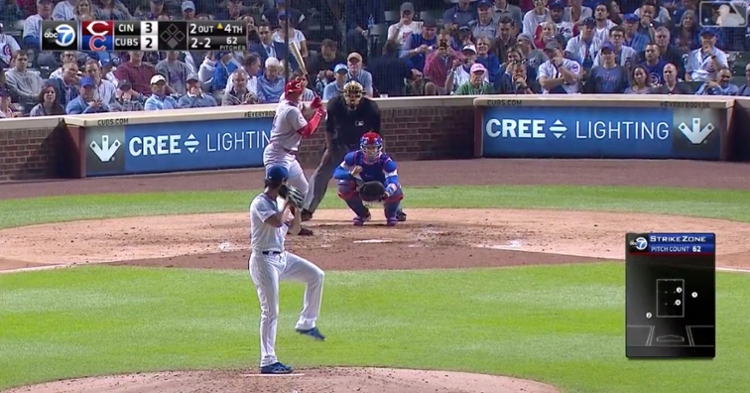 CHICAGO — In the Chicago Cubs' matchup at Wrigley Field against the Cincinnati Reds on Tuesday night, Cubs starting pitcher Yu Darvish gave up three runs in the opening inning but bounced back in a major way. Striking out 11 batters through four innings of work, Darvish set a franchise record.

With a Cubs record eight strikeouts in a row, Darvish lit up the Reds in the second, third and fourth frames. Darvish finished two strikeouts short of matching the legendary Tom Seaver for the most consecutive strikeouts, as Seaver once struck out 10 consecutive batters.

Darvish's streak ended when the Reds' Jose Peraza smacked a line drive that Cubs third baseman Kris Bryant was able to jump up and snag for the first out of the fifth inning. Robbing Peraza of a hit, Bryant showed off his hops via the impressive web gem.